The Way of Beauty 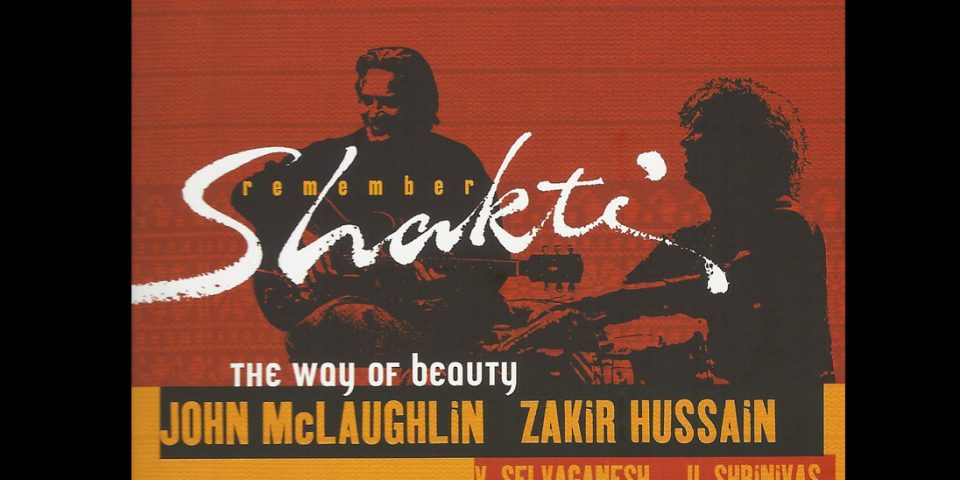 Review
East-West fusions are so common now that the idea of a British guitarist with a jazz-rock pedigree mixing it up with Indian classical musicians raises no eyebrows. But in 1975, when John McLaughlin debuted Shakti, the concept and the music itself were downright alien, especially in comparison to the Mahavishnu Orchestra, which McLaughlin had just disbanded. Here was McLauglin sitting cross-legged, surrounded by Zakir Hussain’s tablas, L.Shankar’s Indian violin and Vikku Vinayakram on the ghatam, a bowl-like percussion instrument. McLaughlin had traded in his double-necked electric for an acoustic, found commonalities in places few had previously explored and, with his new cohorts, taken it all somewhere new. By 1977 it was over.

Remember Shakti, the reconstituted iteration of of the group that came together in the late ’90s, is softer, more nuanced and less showy than its younger predecessor. From the earlier lineup, only McLaughlin and Hussain remain. U. Shrinivas on mandolin, V. Selvaganesh on kanjira, ghatam and mridangam, and vocalist Shankar Mahadevan fill out the group, and although the general approach has not changed radically, it’s a more mature Shakti showcased here in performance footage filmed in Bombay in 2000 and Montreux four years later. In interviews that supplement the live music, both McLaughlin and Hussain recall the bond they formed upon first meeting in the ’70s. They were, says Hussain, « like two minds, two thoughts, one action. »

That telepathy still exists between the pair as well as the others. On « Giriraj Sudha, » the opening number from Bombay, the rhythms are airtight and the playing mesmeric, even as McLaughlin’s guitar sits out much of the tune, the co-leader preferring to clap his hands in wide-arcing forward movements. When he does hit the strings, he does so with a more graceful, unhurried touch than he ever would have considered in the ’70s.

To underscore the differences, ’70s footage of the first Shakti, and even some brief Mahavishnu, is generously interspersed. Although Hussain now utilizes electronic percussion in addition to his tablas, Remember Shakti somehow seems even more organic and single-minded than the pineering group being remembered.
– Jeff Tamarkin –JazzTimes – June 2008

A concert in support of the 2000 CD Saturday Night In Bombay offers the first of three concerts. The other two are excerpted Montreux shows from 1976 and 2004. Going from color to black and white to color (a distraction), the Bombay show offers proof of what the CD could only hint at: the picture of relaxed intimate creative expression among members – intense, traditional and jazzy. In the morphing Shakti and Remember Shakti, the melding of classical Indian technique and Western jazz improvisation finds the perfect expression.
– John Ephland –DownBeat – July 2008
Product Description
Formed in 1975, the Indo-Western world music group Shakti are celebrated in this fantastic release. First, the documentary « Shakti Timeless » (2006) examines the compelling history of the band. Then, original members John McLaughlin and Zakir Hussain present a variety of their fusionist classics in concerts filmed with their new group, Remember Shakti, in Bombay and Paris. Also includes two live sets that were recorded at the Montreux Jazz Festival. 180 min. total. Soundtrack: English.