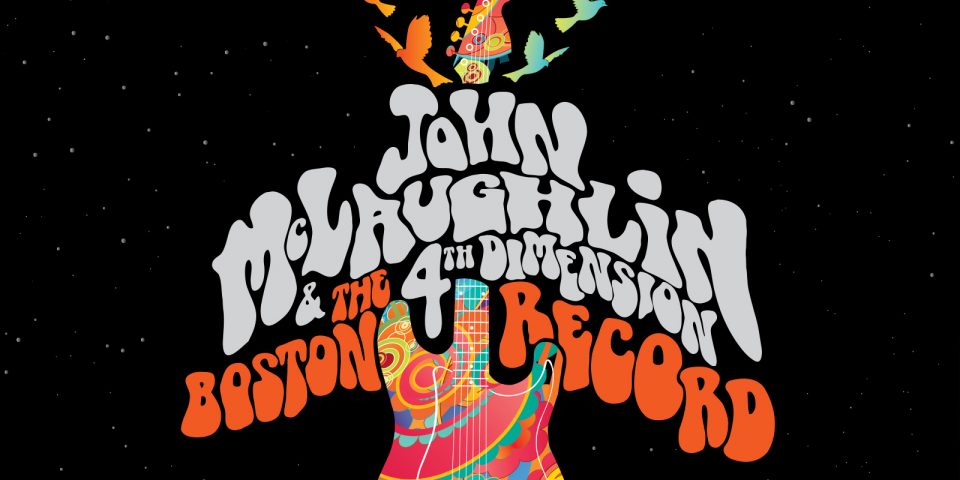 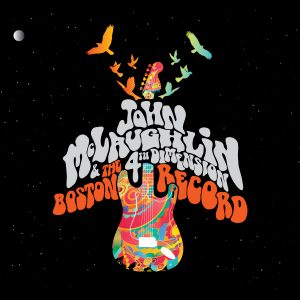 (Los Angeles, CA) During the summer of 2013, guitar legend John McLaughlin and his trailblazing band The 4th Dimension – Gary Husband on keyboards and drums, Etienne Mbappe on bass, and Ranjit Barot on drums and vocals – a rare tour across America. OnJune 22ndthey performed at the Berklee College of Music in Boston. This extraordinary concert was recorded and is now being released as McLaughlin’s latest work,The Boston Record.

When asked to describeThe Boston Record, McLaughlin said, “From time to time, a live record is made that has everything: great collective playing, a terrific audience, fantastic recorded sound, and a wonderful atmosphere. In the new recording of our concert you’ll find all of the above. I’m really happy about this recording.”

The Boston Recordcaptures McLaughlin and The 4th Dimension playing a fiery performance at Berklee, highlighted by a new take on the classic Mahavishnu Orchestra song “You Know, You Know”.