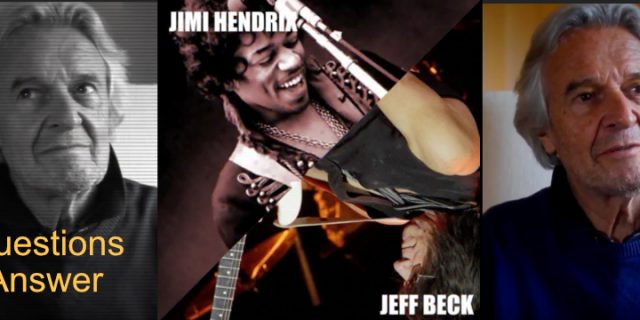 Dear Friends,
At year’s end, I often reflect on the passing of the year, and even more so on the passing of friends who have left us during this year. More than a few were musicians whom I’ve known for many years. And while I feel the loss deeply, it’s no reason to be sad since we are all on the same path to the end, so we should be joyful in the memories and love in our hearts.

In 2018 I am not accepting any tours, but will be playing special concerts/events. The first of these will be in India in February 2018, two of which will be with the 4D in Mumbai, and one in Bangalore with Shankar Mahadevan, which will be titled “Remembering Shrinivas”, the marvelous Mandolinist in Shakti whom we lost in 2014.
Speaking of Shankar Mahadevan, he and I have been working on an independent project for the past few years, and we intend to release some music from this collaboration during the 1st half of 2018. This project combines the music of the East and West in a completely new way that has both of us very excited.

I would like to take this moment to thank all of you who have supported, and continue to support my musical endeavors, you have my undying gratitude.
I would also like to offer my deepest thanks to all those who participated in the auction of the magnificent DoubleNeck guitar built for me by the great Paul Reed Smith. The people in the NGO in Ramallah are so grateful and thrilled to know that people outside the difficult world of the West Bank, care about the work they are doing with the children there.
Finally, I send my deepest and most sincere wishes to you all for good health, much laughter and clear perception that penetrates the falsehoods of the visions of society that our so called ‘leaders’ would have us believe. We are One, we have always been One, we can only be One.
With love and blessings to all,
john mclaughlin