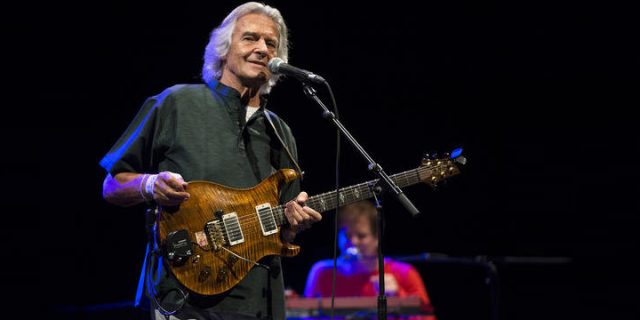 « You know, musicians never die. They just decompose. So I’m on may way. »

That’s John McLaughlin’s way of explaining his decision to retire from touring as he prepares for the start of his final North American run, The Meeting of the Spirits Tour with his band the 4th Dimension that begins Nov. 1 in Buffalo. McLaughlin isn’t quitting music, mind you; He just released a new album, Live @ Ronnie Scott’s. But the Mahavishnu Orchestra mastermind and band member for Miles Davis and Tony Williams Lifetime says simple aging has made it time to put the suitcases away.

« God bless mother; I inherited music from her but I also inherited arthritis, so it’s creeping up on me, » McLaughlin tells Billboard. « I think one of the most catastrophic things that could happen would be to go on tour and have a really bad hair day where I’m not really able to play. That’s a nightmare for me. I don’t want to get confronted with that situation, so I told the guys in the band, and some months ago, that this is the goodbye tour. » The guitar virtuoso adds that it’s also appropriate that he take his final touring bows in North America.