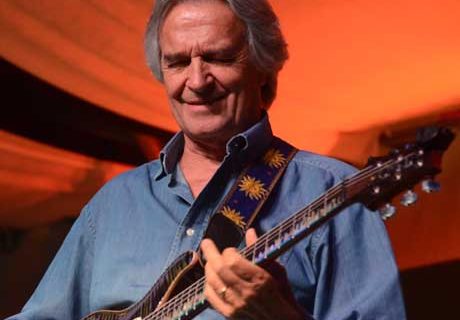 When English saxophonist/composer Courtney Pine burst onto the scene in the mid-’80s, he played relatively orthodox jazz. He has gone on to integrate such homegrown forms as drum & bass and garage into his work, while last year’s award-winning album, House Of Legends, explored his Caribbean musical roots. He concentrated on that material in this hour-long set, a fitting aural accompaniment to a sweltering night. Steel pan drums added a strong calypso flavour, while soca, mento and reggae stylings were also used. Clad in yellow and black, Pine cut a striking figure onstage, and he wasted no time in working the crowd, hip-hop style. Upright bass and fluent guitar added variety, and Pine’s soprano sax playing was sterling. The momentum of the set sagged at times, but Pine definitely won converts here.