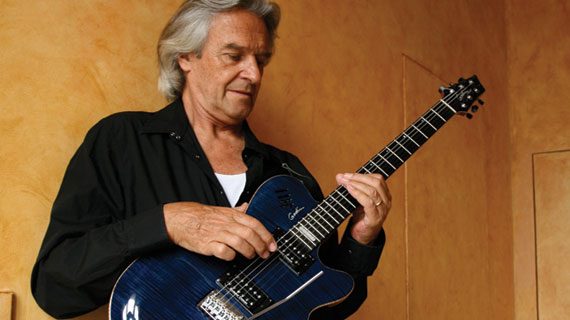 In February 1969, guitarist John McLaughlin moved from Yorkshire, England, to New York City to play in a band called Lifetime. Days into his stay, he met Miles Davis and found himself in CBS’s 30th Street Studio laying down tracks that would end up on Davis’s seminal album In a Silent Way. McLaughlin’s playing was dexterous and sentient, running with and finishing off Miles’s directives. He was able to hook into the odd signatures and give the music exactly what it needed. Proficient in the Indian raga, McLaughlin shape-shifts his notes and modes, breaking from the trappings of jazz. It’s a kind of ESP, with McLaughlin forming whatever image the music thinks of.